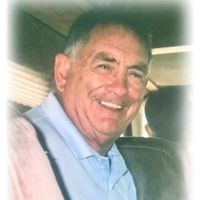 Mr. Larry Dwayne Baker, age 77 of Camden, TN passed away on Wednesday, February 12, 2020 at his residence. Mr. Baker was born on May 15, 1942 in Camden, TN to the late Orin Newton Baker and Winifred Cowell Baker. He was also preceded in death by a brother in law: Harold Pettyjohn. He was a retired truck driver and machinist with TVA and member of Natchez Trace Baptist Church. He was an avid hunter, golfer, fisherman and enjoyed his collection of antique cars.

Graveside Services will be held on Saturday, February 15, 2020 at 11 AM at the Sandy Point Cemetery with Bro. Greg Stanford officiating.

To order memorial trees or send flowers to the family in memory of Larry Dwayne Baker, please visit our flower store.