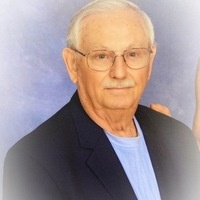 Funeral services will be held on Thursday, January 6, 2022 at 11 am at First Baptist Church in Camden, TN. with Bro. Jason Moore, Bro. Matthew Greer and Bro. Mark Howell officiating. Burial to follow in Eastview Cemetery.

In lieu of flowers the family request donations to be made to the Gideon’s International.

To order memorial trees or send flowers to the family in memory of Kenneth Floyd Zike, please visit our flower store.