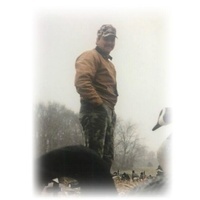 Mr. Kendall Dee Jordan, age 55 of Camden, TN passed away on Tuesday, February 12, 2019 at his residence. Mr. Jordan was born on May 25, 1963 in Camden, TN. He was preceded in death by his father, Jerry Lynn Jordan. Mr. Jordan was a Lineman/Foreman with the Benton County Electric System, a member of Flatwoods Methodist Church and member of the Camden Elks Lodge.

Funeral Services will be held on Thursday, February 14, 2019 at 2 pm at the Oakdale Funeral Home Chapel with Bro. Jim McKay officiating. Burial will follow in the Flatwoods Cemetery.

To order memorial trees or send flowers to the family in memory of Kendall Jordan, please visit our flower store.