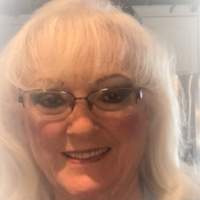 Kay Celene Lancaster, age 77 of Camden, TN passed away on Friday, June 11, 2021 at her residence. Mrs. Lancaster was born on December 29, 1943 in Brownsville, TN to the late Chesley Melvin Hughes and Matilda Louise Taylor Hughes. She was also preceded in death by her first husband, George E. Gaskins and a sister, Linda Hughes.  Mrs. Lancaster was retired from the Milan Army Ammunition Plant, where she worked for 25 plus years. She also volunteered at the FYI Clinic and was a member of First Baptist Church.

Funeral Services will be held on Friday, June 18, 2021 at 1:30 pm at the Oakdale Funeral Home Chapel with Rev. Jason Moore officiating. Burial and graveside will follow in the Oakwood Cemetery at 3:30 pm in Milan, TN with Bro. Gary Morris officiating.

To order memorial trees or send flowers to the family in memory of Celene Lancaster, please visit our flower store.