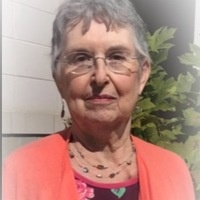 Kay Graham, 77, of Camden, TN passed away on Tuesday, March 1, 2022 at her residence. Mrs. Graham was born on June 8, 1944 in Paris, TN to the late Cecil Pierce and Martha Compton Pierce. She was also preceded in death by her husband Roger Graham. She was a homemaker, loving mother and grandmother.

Graveside services will be held on Thursday, March 3, 2022 at 1 pm at Bevil Cemetery in Paris, TN with Bro. Steve Whitworth officiating.

To order memorial trees or send flowers to the family in memory of Kay Graham, please visit our flower store.