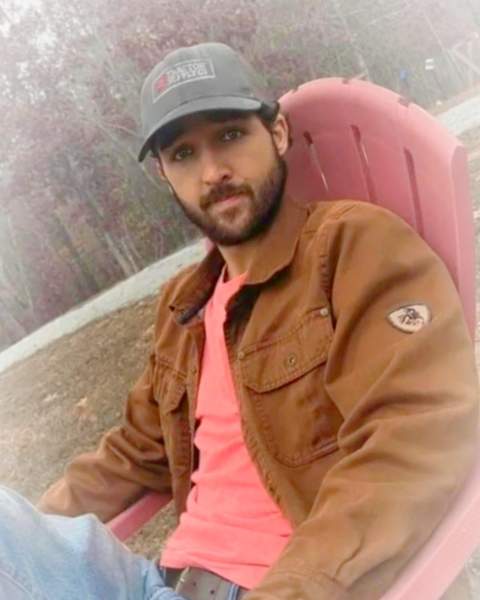 Justin Kendrick, 23, of Parsons Tennessee was born to Lamar and Nikki Kendrick on March 9, 1999 and passed away unexpectedly on November 7, 2022.  He graduated in 2017 from Camden United Christian Academy and worked at Adient in Lexington Tennessee.

He is survived by his parents Lamar and Nikki Kendrick, sister Kelsey (Beau) Dickson, nephews Jordan and Riley Dickson all of Parsons, Paternal Grandparents Luther and Ella Kendrick of Parsons, Maternal Grandparents Charles Hall of Camden and Denise Hall of McKenzie, and a long list of Aunts, Uncles, and Cousins who are all deeply saddened.

In addition to his family, he is survived by his girlfriend Allie Robinson of Camden and the Robinson Family who cared for him as if he was their own.  Justin and Allie started dating 4 years ago after meeting through mutual friends.  Their love was the kind you read about in a fairytale, and they were planning on getting married next year.

Justin was an avid outdoorsman who loved hunting, fishing, and doing anything that involved being outside.  He was a talented woodworker that enjoyed building things for others.  He loved animals, especially his and Allie’s dog Pearl.  He had been training Pearl to be a tracking dog but spoiled her too much with pup cups everywhere they went.  He was raised in a strong Christian household and was a faithful servant of God.  He continued exploring his faith through bible studies with Allie and worked on building their future with Gods plan in mind.  Justin loved his family and was especially close to his nephew Jordan playing with him and enjoyed spoiling him with toys.  He was looking forward to meeting his nephew Riley who is due to be born later this month.  He was a funny mischievous child that grew into a young man who loved to laugh and have a good time.  He was the type of person that would give anyone the shirt off his back, so it is only fitting that he was able to save lives through organ donation.

In lieu of flowers his family requests donations be made to the American Lung Association, The Asthma and Allergy foundation of America, or to the TWRF for the Young Guns Special Needs Youth Hunt.

To order memorial trees or send flowers to the family in memory of Justin Lamar Kendrick, please visit our flower store.