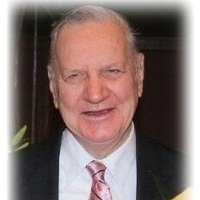 He graduated from Wilby High School, Waterbury, CT on June 22, 1956 and then went on to serve in the United States Marine Corps and was honorably discharged. He had many occupations such as a police officer in Nashville, TN but he later retired from Southern Railway, Atlanta, GA before moving to Sugar Tree, TN where he was employed at Tinkers and then drove a school bus for the Decatur County School System.

There will be a Celebration of Life service on Saturday, January 26 at 1:00 p.m. at The River United Pentecostal Church, 843 Tennessee Ave N, Parsons, TN 38363.

In lieu of flowers the family asks that donations be sent to The River United Pentecostal Church at www.theriverupc.com

To order memorial trees or send flowers to the family in memory of Joseph Nelson Reynolds Charette, please visit our flower store.