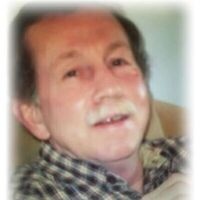 Mr. Johnny Lee Henry, age 59 of Bruceton, TN passed away on Wednesday, April 8, 2020 at Huntingdon Healthcare & Rehabilitation. Mr. Henry was born on March 4, 1961 in Chicago, IL to the late Leburn Mack Henry and Anna Maye Waters Henry. He was also preceded in death by a daughter Stephanie Henry. He was a carpenter and attended Grace Baptist Church in Camden, TN.

Private graveside services will be held with the family at New Prospect Cemetery in Carroll County, TN., with Bro. Gary Greer officiating.

To order memorial trees or send flowers to the family in memory of Johnny Lee Henry, please visit our flower store.