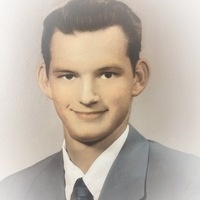 Mr. Levings was a U.S. Navy Veteran and was serving aboard the USS Lake Champlain in 1961 when it picked up the Freedom 7 space capsule carrying Commander Alan Shepard, the first American into space. He was a Master Engineer at TWA for 25 years working on the King of Saudi Arabia’s plane in conjunction with Boeing and Collins. An Electronics Engineer and Instructor at American Airlines from which he retired before building a home in Tennessee.

John loved his country and country living. His favorite pastime was hunting and fishing and time in the great outdoors. He was always happy to teach the younger generation old time skills and wine making. His heart was indeed as large as the great outdoors, and his heart touched many others around the world.

Funeral Services will be held on Saturday, November 27, 2021 at 1 pm at Oakdale Funeral Home. Burial to follow in the Camden City Cemetery

To order memorial trees or send flowers to the family in memory of John George Levings, Jr., please visit our flower store.