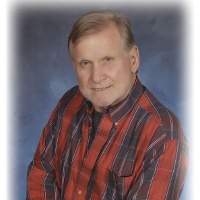 John Earl Lambert, age 67, peacefully passed away in his home on Monday, July 15, 2019 in Springville, TN at 11:25am. From his birth on September 17, 1951 to his death he spread love, happiness, love for the Lord, knowledge of the outdoors, and friendship to everyone he came in contact with. He was born in Burnsville, MS to James Monroe and Eunice Marie (Marlar) Lambert and was the youngest of five children. He graduated from Burnsville High School in Burnsville, MS. He served 15 years in the National Guard and was a huge supporter of the military. He had a career in sales and retired from Four Seasons Sales and Service in 2016. He was married to Carolyn Leigh Kendrick on January 14, 1977 and was married for 42 years. They raised 3 children together and have eight grandchildren.

John loved to hunt, fish, cook, entertain and be with family. He was known for his quick wit, infectious smile, and love of his church and family.

To order memorial trees or send flowers to the family in memory of John Earl Lambert, please visit our flower store.