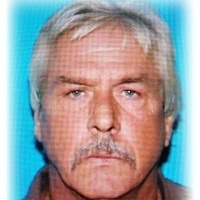 Mr. Joseph "Joe" Andrew Leonard, a graduate of CHS class of 1973, age 64 of Big Sandy, TN passed away on Saturday, August 24, 2019.Mr. Leonard was born on August 5, 1955 in Johnson City, TN. He was a Long Haul Truck Driver. Mr. Leonard was a Million Mile Driver for Mason Dixon, a driver for Charles Hall and recently was driving for Admiral Merchants as a freight driver.

He was preceded in death by his father Samuel Robert Leonard and brother Shawn Leonard.

Graveside Services will be held on Friday, August 30, 2019 at 11 AM at Benton Memory Gardens in Camden.

To order memorial trees or send flowers to the family in memory of Joe Andrew Leonard, please visit our flower store.