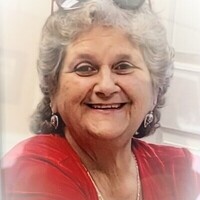 Joann Heibner, 69, of Camden, TN passed away on Wednesday, April 27, 2022 at her residence. Mrs. Heibner was born November 18, 1952 in Chicago, Illinois to the late Sam Colella and Dorothy June Thornton. She was also preceded in death by her husband John Chief Heibner; brothers Phillip Colella and Donald Colella; sister Sandy Pickle. Mrs. Heibner was a homemaker and member of Camden First Assembly.

The family has chosen cremation services. A memorial service will be held at a later date.

To order memorial trees or send flowers to the family in memory of Joann Heibner, please visit our flower store.