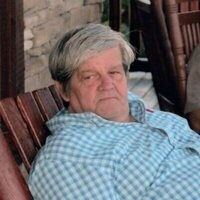 Jerry Brewer, age 68 of Luray passed away at his home on July 24, 2021.  Jerry was born to the late Rev. E.P. Brewer and Odell Brewer on February 5, 1953. Jerry met his love of his life in 1976. He and Candie Johnson were married February 5, 1977.  Together they raised four children Leigh Ann (Michael), John (Crystal), Jeremy and Kerry. He also had eight grandchildren. In his life he was an entrepreneur. He ran many small businesses from carpet cleaning, sewing machine repair, salesman, tractor mechanic, farmer and pilot car operator. Above all these things he was a husband and a father and a brother. We will miss him. He was a Christian and was a member of the Baptist Church. He is survived by his wife of 44 years, Candie and his children and grandchildren, Shelbi, Seth, Brett French, Danielle and Carlie Brewer, and Jake and Tracy Brewer, and Owen Brewer. He is survived by two sisters, Martha (Emmit) and Patricia. Three brothers, Audie, Alton (Leisa) and Terry. He is preceded is death by his parents Rev. E.P and Odell Brewer and Odell Brewer, three brothers, Jim, Ether (JR) and Charles, two sisters, Caroline and Mavey.

Funeral Service will be Wednesday, July 28, at 10 AM at Oakdale Funeral Home with burial to follow at 2:00 PM at Triune UMC Cemetery in Arrington, TN.

To order memorial trees or send flowers to the family in memory of Jerry Wale Brewer, please visit our flower store.