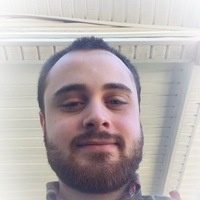 Jeremiah Noah Fitzpatrick, 24 of Big Sandy, TN passed away on Sunday, September 18, 2022 at his residence. Mr. Fitzpatrick was born on October 5, 1997 in Prestonsburg, Kentucky to Jonathon Fitzpatrick Jr. and Teresa Gayle Van-Selow.  He was preceded by his maternal grandfather Bert E. Daniels. Mr. Fitzpatrick was manager of T&T Pizza in Paris, TN.

Magoffin Funeral Home in Salyersville, KY will be in charge of services.

Burial will be in Rudd Cemetery in Salyersville, KY.

To order memorial trees or send flowers to the family in memory of Jeremiah Noah Fitzpatrick, please visit our flower store.