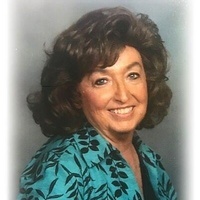 Mrs. Jean Norwood, age 78 of Camden, TN. passed away on Monday, February 4, 2019 at Life Care Center of Bruceton, TN. Mrs. Norwood was born on October 14, 1940 in Bruceton, TN. to the late Ben Hooper Watson and Mattie Lou Weatherly Watson. She was also preceded in death by her husband, Alton L. Norwood and brother, Clifford Earl Watson.  Mrs. Norwood was a homemaker and member of the First United Pentecostal Church in Camden.

Funeral Services will be held on Thursday, February 7, 2019 at 11 am at the Oakdale Funeral Home Chapel with Bro. Marty Johnson officiating. Burial will follow in the Benton Memory Garden.

To order memorial trees or send flowers to the family in memory of Jean Norwood, please visit our flower store.