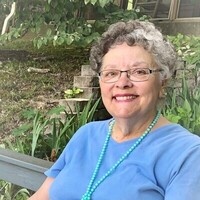 Jean was born August 19, 1944 to the late Ruth Priestley and Wyly Crawford Lockhart.  In addition to her parents she was preceded in death by her husband William Elmer (Bill) Fry (2005).

Jean graduated from Camden Central High School in 1962, and from Memphis State University in May 1966.  She quickly became a University of Tennessee fan when she married an avid UT fan, Bill Fry, on Father's Day, June 19, 1966.  Jean began her teaching career by teaching 5th grade for three years.  She then taught and was principal of the first Benton County Kindergarten at Eva until 1976 when it had grown from two teachers to five.

For 38 years Jean donated her time and talents to the First United Methodist Women's Thrift Shop in Camden.  Her stated goal was to “reach out to those in need.”  Jean was a Charter Member and officer of Glovers Trace Daughters of the American Revolution, the Quota Club, a 4-H Volunteer, and a volunteer in Special Olympics, American Cancer Society, and the United Way.

In recognition of her many years of service and generosity, Jean received the “Lifetime Achievement Award” from the Benton County Chamber of Commerce in 2015.

To honor Jean’s kindness, please do something nice for someone or make a donation to Camden First United Methodist Church, Lakeshore United Methodist Assembly, or the Benton County Library.

Memorial Services will be held on Saturday, November 27, 2021 at 2 pm at First United Methodist Church in Camden, TN.

To order memorial trees or send flowers to the family in memory of Jean Lockhart Fry, please visit our flower store.