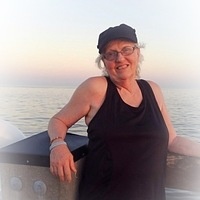 Janet Lynn Holland, 68, of Camden, TN passed away on Saturday, May 21, 2022 at her residence. Ms. Holland was born on March 23, 1954 in Camden, TN to the late Tige Lockhart and Alva Herrin Lockhart. She was also preceded in death by a daughter Nikia Holland; brothers Darrell Lockhart, Bobby Lockhart; sisters Edna Gonzales and Katy Stepp.  Janet was a secretary at Cornerstone Wealth Management, attended Camden First United Pentecostal Church. She also enjoyed gardening and spending precious time with her grandchildren.

Graveside services will be held on Tuesday, May 24, 2022 at 12 PM at Baker’s Chapel Cemetery in Big Sandy, TN with Bro. Marty Johnson officiating.

To order memorial trees or send flowers to the family in memory of Janet Lynn Holland, please visit our flower store.