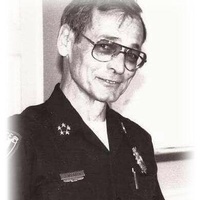 Mr. James Wade Woodard, age 78 of Camden, TN passed away on Tuesday, February 5, 2019 at his residence. Mr. Woodard was born on September 22, 1940 in Carroll County, TN to the late J. B. Woodard and Jewell Johnson Woodard. Mr. Woodard was retired Chief of Police with the Camden City Police Department where he served for 22 years. He was also a U. S. Navy Veteran.

Memorial services will be held on Sunday, February 17, 2019 at 3 pm at the Oakdale Funeral Home Chapel.

To order memorial trees or send flowers to the family in memory of James Wade Woodard, please visit our flower store.