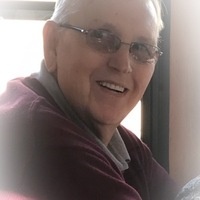 James William Nolen, 73, of Yuma, TN passed away on Thursday, January 27, 2022 at Life Care Center of Bruceton, TN. Mr. Nolen was born on February 3, 1948 in Paris, TN to the late Elvin Harold Nolen and Robbie Jean Watson Nolen. He was also preceded in death by a son, Michael “Mikey” Nolen. Mr. Nolen was a retired Funeral Director with Oakdale Funeral Home and member of Holladay Community Church. He obtained his Funeral Director license through the School of Mortuary Science in Deerfield Beach, FL.

Graveside services will be held on Saturday, January 29, 2022 at 3:30 pm at Benton Memory Gardens with Bro. Doug Hampton officiating.

To order memorial trees or send flowers to the family in memory of James William Nolen, please visit our flower store.