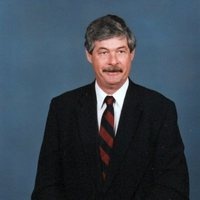 Mr. James Herbert “Lefty” Wiseman, age 80, of Camden, TN passed away on Monday, January 20, 2020 in Lifecare of Bruceton. Mr. Wiseman was born on February 9, 1939 in Camden, TN to the late Herbert Washington Wiseman and Justine Hargis Wiseman Rogers . He was also preceded in death by his step father Robert M. Rogers, and sister Sue Ann Florence.  Mr. Wiseman was a member of The First United Methodist Church of Camden, TN, and served in the U.S. Army. He worked for the State of Tennessee for over 30 years retiring as the Director of Human Services for Benton County. After which, he became owner and broker of Wiseman Realty.  Mr. Wiseman served several terms on the Benton County Court, was a member of the Magic Valley Golf Course, The Tennessee Valley Association of Realtors, The Tennessee State Employees Association, and the Camden Elks Lodge.

Funeral Services will be held on Friday, January 24, 2020 at 2 pm at the Oakdale Funeral Home Chapel with Bro. Justin Ramer officiating. Burial will follow in the Liberty Cemetery.

In lieu of flowers donations can be made to the Benton County Ministerial Association or The Camden First United Methodist Church.

To order memorial trees or send flowers to the family in memory of James "Lefty" Wiseman, please visit our flower store.