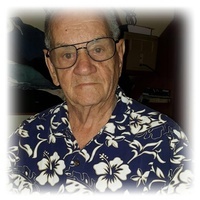 Mr. James “Jim”  Brewer, age 84 of Gallatin, TN passed away Tuesday, May 21, 2019 at his residence. He was born September 19, 1934 to the late Ether Pinkston Brewer and Earlie Odell Duke Brewer in Darden, Tn. He was, also, preceded in death by two sisters, Carolyn Brewer, Mavie Melton, one brother, Ether Jr. Brewer, one brother-in-law, Jimmy Rogers, one daughter-in-law, Myra Pearson Brewer. He was a self employed salesman.

Funeral Service will be conducted Saturday, May 25, 2019 at 2:00 PM in the chapel of Oakdale Funeral Home-Decatur County with Bro. Carl Frensley officiating. Interment will follow at Pine Grove Cemetery near Lexington, TN.

To order memorial trees or send flowers to the family in memory of James "Jim" Brewer, please visit our flower store.