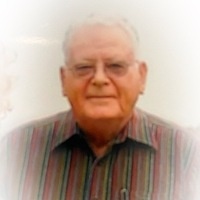 Mr. James “Jim” Ralph Benson, age 92 of Holladay, TN passed away on Saturday, April 17, 2021. Mr. Benson was born on February 20, 1929 in Water Valley, MS. He was preceded in death by his parents Ralph Harvey Benson, Annie Clyde Benson and sister, Mary Langham. Mr. Benson was retired from International Harvester. He was a member of Flatwoods Baptist Church and a Veteran of the U.S. Air Force.

Graveside Services will be held on Sunday, April 18, 2021 at 2 pm at Shiloh Cemetery in Camden, TN with Bro. Steve Austin officiating.

To order memorial trees or send flowers to the family in memory of James "Jim" Ralph Benson, please visit our flower store.