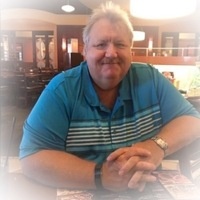 James worked at Alcon Labs where he was a Senior Project Manager. During his time at Alcon, he made life long relationships with several of his fellow Alconnites.

He was a graduate of the University of Tennessee at Martin and a Big VOLS fan.

A host of nieces and nephews.

James spent most of his time in Texas with his work family, but when he was back in Parsons, you could find him spending time with his wife,  sons, grandchildren or on the river.

To order memorial trees or send flowers to the family in memory of James Charles Douris, Jr, please visit our flower store.