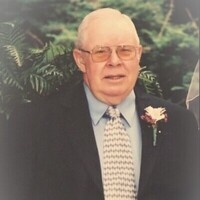 James Otis Douglas, 92, of Camden, TN passed away on Thursday, February 3, 2022 at his residence. Mr. Douglas was born on February 14, 1929 in Benton County to the late James Dewey Douglas and Allie Mai Prince Douglas. He was also preceded in death by brothers, Ray Douglas and Harold O’neal Douglas. Mr. Douglas was a retired boilermaker with 18 years at TVA and Baptist in Faith.

Funeral services will be held on Sunday, February 6, 2022 at 1 pm at Oakdale Funeral Home Chapel with Bro. Nathan Horton officiating. Burial will follow in the Prospect Cemetery.

To order memorial trees or send flowers to the family in memory of James Otis Douglas, please visit our flower store.