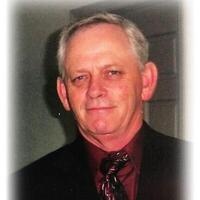 James Byrd Bell Jr., age 67 of Holladay, TN passed away on Wednesday, February 17, 2021 at his residence. Mr. Bell was born on December 9, 1953 in Benton County to the late James Byrd Bell Sr. and Mable Cherry Bell. He was also preceded in death by a father and mother-in-law Loye and Violet Barnes; brother Edward Bell; sisters Jean Oxford and Margaret Kelly. Mr. Bell was retired from DuPont and attended Palestine United Methodist Church.

Funeral Services will be held on Monday, February 22, 2021 at 11 am at Oakdale Funeral Home with Bro. Marty Arnold officiating. Burial will follow in the Liberty Cemetery in Holladay, TN.

The family request mask to be worn and social distancing guidelines followed.

To order memorial trees or send flowers to the family in memory of James Byrd Bell Jr., please visit our flower store.