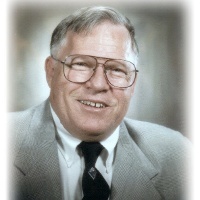 Mr. Jack David Rainey Sr., age 80 of Holladay, TN. passed away on Wednesday, July 10, 2019 at his residence. Mr. Rainey was born on May 30, 1939 in Huntingdon, TN. to the late Richard Allen Rainey and Verla Barnhart Rainey. He was also preceded in death by brothers Willard Rainey and twin brother Jerry Rainey. Mr. Rainey was retired from Shell Oil Company. He was a lifetime member of the NRA, American Legion, Camden Tea Party and Sugar Tree Baptist Church. Mr. Rainey served in the U.S. Marines as company sniper and part of the military police. He invented and had a patent for a bass lure known as the “Moss Dog” Rainey Lure.

Funeral Services will be held on Saturday, July 13, 2019 at 10 am at the Oakdale Funeral Home Chapel with Bro. Mark Coggins officiating. Burial will follow in the Butler Cemetery.

To order memorial trees or send flowers to the family in memory of Jack David Rainey Sr., please visit our flower store.