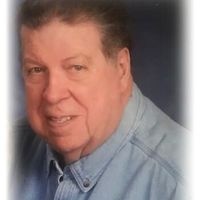 Mr. Hugh Gordon Conrad Sr., age 76 of Camden, TN passed away on Monday, January 27, 2020 at Camden General Hospital. Mr. Conrad was born on July 21, 1943 in Benton County to the late Hurlot Hugh Conrad and Princess Irene Jordan Conrad. He was also preceded in death by a sister Sue Jackson and sister in law Kathy Conrad. Mr. Conrad was retired from General Motors Electro Motive Division as a Millwright of 34 years.  He was a police officer for 8 years in Palos Hills, IL. He was married for 52 years to the love of his life Arlene Conrad. Mr. Conrad loved wood working and spending time on his C.B. radio with the handle “Double R”.

Funeral Services will be held on Sunday, February 2, 2020 at 2 pm at the Oakdale Funeral Home Chapel. Burial will follow in the Camden City Cemetery.

To order memorial trees or send flowers to the family in memory of Hugh Gordon Conrad Sr., please visit our flower store.