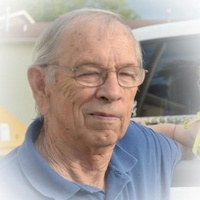 Mr. Howell Summers Elmore, age 81 of Camden, TN., passed away on January 12, 2019 at Life Care of Bruceton, TN.  Mr. Elmore was born on May 19, 1937 in Benton County to the late Plautt Elmore and Allene Summers Elmore.  He was a master woodworker and a 70 year member of the Camden First Baptist Church.

Funeral Services will be held on Monday, January 14, 2018 at 11 AM at the Oakdale Funeral Home Chapel with Dr. Mike Blankenship officiating.

In Lieu of Flowers please make donations to the Alzheimer's Association.

To order memorial trees or send flowers to the family in memory of Howell Summers Elmore, please visit our flower store.