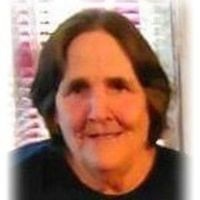 Mrs. Helen Janet Berryhill Roberson, age 69 of Big Sandy, TN passed away on Wednesday, March 11, 2020 at her residence. Mrs. Roberson was born on July 4, 1950 in Millington, TN to the late William Floyd Berryhill and Sallie Mae Gaines Berryhill. She was a retired cook with Millington Naval Base.

To order memorial trees or send flowers to the family in memory of Helen Janet Roberson, please visit our flower store.