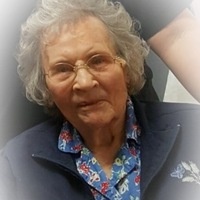 Ms. Hazel Prince, age 96 of Holladay, TN. passed away on Wednesday, April 21, 2021 at Camden Healthcare & Rehabilitation. Ms. Prince was born on September 14, 1924 in Big Sandy, TN, to the late John and Beulah Mannon Rainwaters. She was also preceded in death by her husband Dallas G. Prince and a son, Joel Prince.  Ms. Prince was a homemaker.

To order memorial trees or send flowers to the family in memory of Hazel Prince, please visit our flower store.