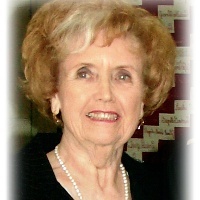 Geraldine “Gerri” Colosia, age 94 of Camden, TN passed away on Tuesday, June 25, 2019 at her residence. Mrs. Colosia was born on April 24, 1925 in Kingston, TN to the late Fred Krow and Myrtle Edwards Krow Qualls. She was also preceded in death by her husband Gabriel Colosia. Mrs. Colosia was a retired teacher with Memphis City Schools where she worked for over 20 years. She was also a member of the First United Methodist Church in Camden, TN.

Funeral services will be held on Saturday, June 29, 2019 at 2 pm at the Oakdale Funeral Home Chapel with Bro. Dean Emerson officiating. Burial will follow in the Camden City Cemetery.

To order memorial trees or send flowers to the family in memory of Gerri Colosia, please visit our flower store.