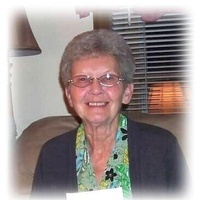 Mrs. Geneva Douglas, age 84 of Camden, TN passed away on Wednesday, March 20, 2019 at Camden General Hospital. Mrs. Douglas was born on September 9, 1934 in Benton County to the late Henry Herschel Stockdale and Lonnie Lee Stockdale. She was also preceded in death by a brother Frank Stockdale and sister, Lunnie Young. She was a homemaker and member of Crossroads Missionary Baptist Church.

Funeral Services will be held on Saturday, March 23, 2019 at 1 pm at the Crossroads Missionary Baptist Church with Bro. Randy Thompson officiating.

To order memorial trees or send flowers to the family in memory of Geneva Douglas, please visit our flower store.