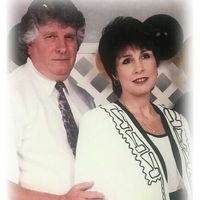 Eugene Dale McDaniel and Celeste Holland McDaniel passed away unexpectedly on Monday, March 23, 2020. They were married 38 years and lived their entire lives in Camden. Mr. McDaniel was born to in Benton County to the late Joe Wheeler McDaniel and Thelma Ann Stockdale McDaniel. He was also preceded in death by a brother Billy Joe McDaniel; sisters Charlene Greer, Christine Hooker, Joan Carol Farrar; and nephew Johnny Rushing. He was a retired hospital engineer with Camden General Hospital. Mrs. Celeste McDaniel was born in Detroit, MI., to the late Thomas Lester Holland and Faye Dolores Cooper Holland. She was also preceded in death by her step mother Delia Holland. Celeste loved her job at Camden Family Medical for many years. They loved their town and community and will be missed by their family, friends and neighbors.

A Celebration of Life will be held at a future date for all of their numerous family and friends to attend.

To order memorial trees or send flowers to the family in memory of Gene & Celeste McDaniel, please visit our flower store.