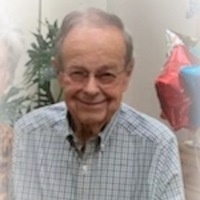 Mr. Gene Edward Baskette, 92 of Jackson, TN. passed away on Friday, November 19, 2021 at his residence. Mr. Baskette was born on October 4, 1929 in Chattanooga, TN to the late Frank Baskette and Annie Dawson Baskette. He was also preceded in death by a brother, Frank Baskette; sister, Betty Baskette Fisher and nephew, Mike Baskette. He was retired from Fillaeur Co., a member of the Jackson Jaycees and a U.S. Army Veteran.

Funeral Services will be held on Monday, November 22, 2021 at 11 am at Oakdale Funeral Home with Pastor Renee Martin officiating. Burial to follow in the Cross Roads Cemetery in Camden, TN.

To order memorial trees or send flowers to the family in memory of Gene Edward Baskette, please visit our flower store.