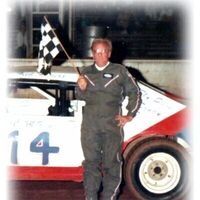 Mr. Fred Flowers Jr., age 82 of Big Sandy, TN passed away on August 24, 2020 at Baptist Memorial Hospital. Mr. Flowers was born on June 20, 1938 in Benton County to the late Fred Flowers Sr. and Addie Mae Boyd Flowers. He was also preceded in death by his wife Mary Flowers; brother Wayne Flowers and sister Irene Warren. Mr. Flowers was a member of Faxon Baptist Church. He was retired from the State of Tennessee Corrections Department.

To order memorial trees or send flowers to the family in memory of Fred Flowers, Jr., please visit our flower store.