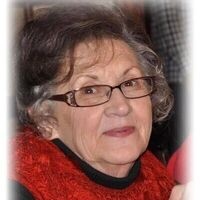 Mrs. Mary Faye Ward, age 76 of Camden, TN passed away on Tuesday, June 23, 2020 at her residence. Mrs. Ward was born on April 9, 1944 in Camden, TN to the late Jerome Kennon and Blondell Arnold Kennon. She was also preceded in death by brothers Calvin Kennon, Jerome Kennon, B.C. Kennon, Gerald Kennon, Glendal Kennon and sisters Brooksie Kennon, Velma Holland and Nelva Davis. She was a retired Dental Assistant with Dr. Elliott Hill, a homemaker and caretaker and also a member of the First United Pentecostal Church in Camden, TN.

Funeral Services will be held on Friday, June 26, 2020 at 2 pm at Oakdale Funeral Home with Bro. Bobby French officiating. Burial will follow in the Camden City Cemetery.

To order memorial trees or send flowers to the family in memory of Faye Ward, please visit our flower store.