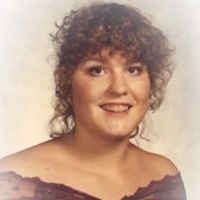 Ms. Walker is survived by her son Ethan D. Lavelle of Knoxville, TN, and her brothers Stanley Walker of Nashville, TN and Hunter Walker of Pegram, TN. A celebration of Ms. Walker's life is being scheduled by her son for a time this spring and will held in Camden, TN for Ms. Walker's friends and family to attend.

To order memorial trees or send flowers to the family in memory of Elaina Junene Walker, please visit our flower store.