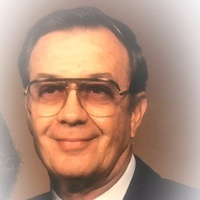 Mr. Edward “Edd” Earl Summers, 88 of Camden, TN passed away on Tuesday, August 10, 2021 at Magnolia Place in Waverly, TN. Mr. Summers was born on January 18, 1933 in Camden to the late William Earl Summers and Claudia Lee Williams Summers. He was also preceded in death by his wife, Bettye Jo Summers; daughter, Catherine Summers and sister, Betty Cain. Mr. Summers was retired from DuPont after 32 years. He was a Veteran of the U.S. Navy and member of First Baptist Church.

Funeral Services will be held on Friday, August 13, 2021 at 11 am at Oakdale Funeral Home Chapel with Bro. Tim McGehee officiating. Burial will follow in Eastview Cemetery.

Mask to be worn at your own discretion.

To order memorial trees or send flowers to the family in memory of Edward "Edd" Earl Summers, please visit our flower store.