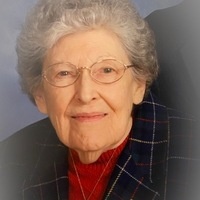 Edith D. Smith, age 92 of Camden, TN passed away on Tuesday, December 1, 2020. She was born in Camden on February 25, 1928 to R.A. Brown and Pearl Beasley Brown. She was preceded in death by her parents, husband of 74 years Arch Smith, and sister Ida Mae Johnson. Mrs. Smith played an active role in Chalk Level Baptist Church and later First Baptist Church of Camden, serving as Bible Drill Director and Acteen Leader. She was also involved with the Young at Heart ministry at First Baptist Church. Mrs. Smith was a homemaker and member of home demonstration clubs. She took a lot of pride in her flower garden and loved spending time with all the children in her family.

A graveside service will be held on Thursday, December 3, 2020 at 2:00 pm at Eastview Cemetery with Dwayne Hollingsworth officiating.

In lieu of flowers donations may be made to First Baptist Church, 269 Post Oak Ave., Camden, TN 38320 or Gideon’s International.

To order memorial trees or send flowers to the family in memory of Edith D. Smith, please visit our flower store.