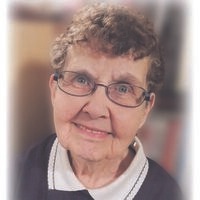 Dorothy Clara Zang Tanner, 91, died Tuesday, February 16, 2021, at her home in Camden, surrounded by her family.

The body is to be cremated, with arrangements being handled by Oakdale Funeral Home. A celebration of her life, planned for this summer, will be announced.

She was born on November 28, 1929, in Burgettstown, Washington County, Penn., to the late Philip Joseph Zang and Margaret Catherine Merz Zang.

In addition to her parents and husband, she was preceded in death by two sisters: Grace Zang and Ruth Florence Zang Gephart; a brother, Raymond “Jim” Zang; her brothers-in-law: Alvin “Gep” Gephart, Berton C. Tanner Jr. and Earl H. Tanner; and a great-grandson, Torvald Alistair Shannon.

A member of First United Methodist Church of Camden since 1986, she held many volunteer positions, was a longstanding participant in the church’s thrift store as well as holding many leadership positions in the United Methodist Women (UMW). While living in Martin, Tenn., Sidney and Portsmouth, Ohio, and in Greensburg, Penn., she was a Sunday school and Bible school teacher, a UMW member and a choir member.

She worked as an art and music teacher at Happy Hearts School in Portsmouth, Ohio, the county special education school, which sparked a life-long love of working with special needs children. In Tennessee, she worked for the Weakley County school system where she taught a comprehensive development class and a weekly art class. In Benton County, she was a substitute teacher, organized a summer school program and was a member of the Task Force for Enrichment Education, Special Education Department.

She was an enthusiastic community volunteer throughout her life. In Greensburg, Penn., she held local and state executive positions in the Parent Teacher Association, worked in 4-H and Cub Scouts, and served as a charter member of the Westmoreland County Mental Health Association community outreach program. She was a hospice volunteer and volunteer coordinator in Sidney, Ohio. In Tennessee, she served as liaison between the Martin public schools and the University of Tennessee at Martin Arts Council, and edited the county-wide Arts Council newsletter. She was an officer of the High School Band Boosters and the Parent Teacher Organization. She was an active volunteer in Friends of the Library, the Philharmonic Music Guild, and served as an officer and board member of the Weakley County Association for Handicapped Citizens. In Benton County, she helped to organize and was a longstanding volunteer of the Benton County Arts Council. She volunteered for the Red Cross Summer Swimming course, and the special needs youth advocacy group W.H.Y.

Her main focus was always on her family. She was a devoted life-long letter writer, maintaining an active correspondence with siblings and family elders throughout their lives. She continued this tradition by connecting with children, grandchildren and great-grandchildren. She considered everyone she met her friend, and through her cards and letters, she created a personal ministry to show her love and support.

To order memorial trees or send flowers to the family in memory of Dorothy Clara Tanner, please visit our flower store.