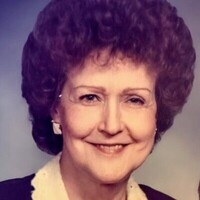 She was born February 6, 1930 to the late Edward Milam and Mary Pear Townsend Milam. Mrs. Profitt was a homemaker and a member of Parsons First Baptist Church.

To order memorial trees or send flowers to the family in memory of Dorothy Ruth Profitt, please visit our flower store.