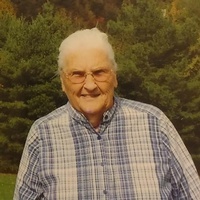 She was born February 10, 1932 in Decatur County to the late Dave Phillips and Pearl Phillips. Mrs. Ivey was a member of Gray’s Chapel Pentecostal Church.

Funeral services for Mrs. Ivey will be conducted Monday, December 24, 2018 at 11:00 a.m. in the Sanctuary of Gray’s Chapel Pentecostal Church with the Pastor, Bro. Gene Robinson officiating. Burial will follow in the Pleasant Hill Cemetery. The Ivey family will receive friends at the church on Sunday from 3:00 p.m. until 8:00 p.m. and again on Monday from 9:00 a.m. until the service hour.

To order memorial trees or send flowers to the family in memory of Dorothy Pearl Ivey, please visit our flower store.