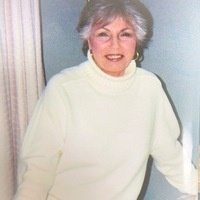 Dorothy Nell Carter, 84, of Huntingdon, TN. passed away on Thursday, June 2, 2022 at Life Care Center in Centerville, TN. Mrs. Carter was born on August 21, 1937 in Benton County to the late Elgin Peach and Lilly Salyers Peach. She was also preceded in death by her husband Grover C. Carter; son Ronnie Carter, and brothers Charles Peach and Alton Peach. She retired after 30 years from Factory Jewelry and was Baptist in faith.

Graveside services will be held on Saturday, June 4, 2022 at 1 PM at Eastview Cemetery.

To order memorial trees or send flowers to the family in memory of Dorothy Nell Carter, please visit our flower store.