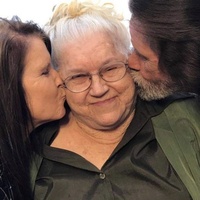 Doris Elizabeth Presley, age 83 of Lexington, Tn passed away Wednesday, January 26, 2022 at her residence. She was born October 24, 1938 to the late Doris Eli Battles and Kate Clendenion Battles in Decatur County. She was preceded in death by two brothers: Ricky  Battles and Paul Battles, one sister; Mary Parton, two great grandchildren. She was a custodian at Parsons Elementary School and attended Decaturville Pentecostal Church and different churches when she was able.  She will be greatly missed by her family and friends.

Memorial services will be held on Sunday, January 30, 2022 at 3:30 pm at Oakdale Funeral Home Chapel.

To order memorial trees or send flowers to the family in memory of Doris Elizabeth Presley, please visit our flower store.