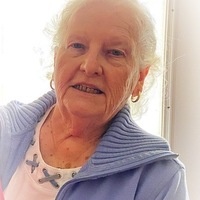 Mrs. Donna Kennedy Brown, age 81 of Camden, TN passed away on Tuesday, June 15, 2021 at Centennial Medical Center in Nashville, TN. Mrs. Brown was born on April 7, 1940 in Elkton, MD to the late Harry Kennedy Sr. and Dortha Austin. She was also preceded in death by her husband William K. Brown, Jr. and sister, Dortha K. Hessey. She was retired from Abbott Oil Company and a member of the First United Methodist Church in Camden.

Funeral Services will be held on Thursday, June 17, 2021 at 7:00 pm at Oakdale Funeral Home with Bro. Steve Whitworth officiating. Burial will be in Bethel Cemetery in Chesapeake City, MD.

To order memorial trees or send flowers to the family in memory of Donna Kennedy Brown, please visit our flower store.