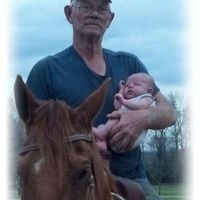 Mr. Donald William Runion, age 78 of Camden, TN passed away on Friday, November 22, 2019 at Baptist Memorial Hospital. Mr. Runion was born on December 12, 1940 in Dunreith, IN to the late Evan Wendell Runion and Flora Dick Runion-Fox. He was also preceded in death by his sister Mary Lou Hudgins.  He was a retired carpenter with TVA and a mason.

Bill (Jackie) Runion of Columbus, IN

Mary (Jeff) Schwartzkoph of Hope, IN

Memorial Service will be held on Sunday, December 1, 2019 at 1 pm at the Oakdale Funeral Home Chapel.

To order memorial trees or send flowers to the family in memory of Donald William Runion, please visit our flower store.