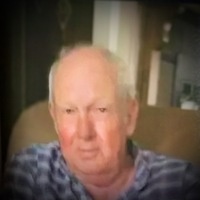 Don Britton Bibbs, age 84 of Parsons, TN passed away Sunday, June 5, 2022 at Jackson General Hospital. He was born November 8, 1937 to the late Chuck Young and Velma Victoria Carter Bibbs in Perryville, TN. He was also preceded in death by two brothers, Cecil Bibbs and Howell Duncan. He worked on a Towboat as First Mate for 20 years with the Wisconsin Barge Lines and was a Veteran of the U. S. Army.

Visitation with the Bibbs family will be Thursday, June 9, 2022  from 4 PM until 9 PM and Friday from 9 AM until 11 AM at Oakdale Funeral Home-Decatur County.

Funeral Service with the will be Friday, June 10, 2022 11 AM at Oakdale Funeral Home. Burial will follow at Perryville, Cemetery.

To order memorial trees or send flowers to the family in memory of Don Britton Bibbs, please visit our flower store.