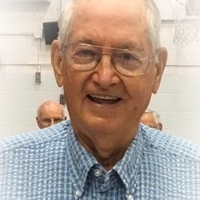 Mr. Donald Marion Ashby, age 89 of Holladay, TN passed away on Saturday, January 4, 2020 at Henry County Healthcare & Rehabilitation.  Mr. Ashby was born on July 29, 1930 in Benton County, TN to the late Paul Ashby and Ila Ashby.  He was also preceded in death by a son Donny Ashby; brothers Herman Ashby, Harold Ashby, Kenneth Ashby; sisters Jan Pinkley and Pauline Gray.  Mr. Ashby was a member of the Boulevard Masonic Lodge #882 in Chicago, IL and a 58 year masonic member. He was also a member of Flatwoods Baptist Church for many years. He was a U.S. Army Veteran and owner/operator of Don's Chicken.

Funeral Services will be held on Monday, January 6, 2020 at 1 pm at the Oakdale Funeral Home Chapel with Bro. Hoyt Wilson officiating. Burial will follow in the Eastview Cemetery.

Masonic service will be held on Sunday, January 5, 2020 at 5 pm at Oakdale Funeral Home.

To order memorial trees or send flowers to the family in memory of Don Marion Ashby, please visit our flower store.