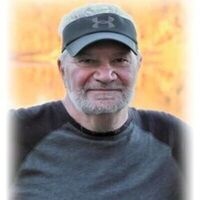 Mr. Carl Dennis Quinn, age 67 of Camden, TN passed away on Friday, January 8, 2021 at Camden General Hospital. Mr. Quinn was born on March 5, 1953 in Camden, TN. He was retired after 20 years with Arnold Fabricating. Mr. Quinn was a founding member and former chief of Eva Volunteer Fire Department and was also a member of Camden Elk’s lodge 2156.

Funeral Services will be held outdoors on Wednesday, January 13, 2021 at 1 PM at Flatwoods Methodist Church parking lot and cemetery.

The family request mask to be worn and social distancing guidelines followed.

To order memorial trees or send flowers to the family in memory of Dennis Quinn, please visit our flower store.