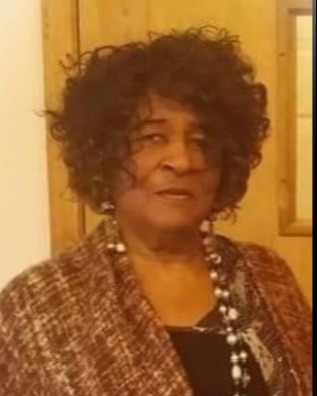 "She Lived, Laughed, and Loved!"

“Delia Mae” as she is affectionately known to family and friends, was born in Camden, Tennessee on September 28, 1941. She was the eldest daughter of nine children born to the late Oanna Bomar.  Known as a woman of faith, strong will, and independence, Delia Mae was a dedicated and hard worker of more than forty-three years (press operator) at Henry I. Siegel “the H.I.S. Factory” in Bruceton, TN.

She professed her faith in Christ at an early age.  Delia Mae was a faithful and dedicated member of Williams Grove Missionary Baptist Church in Camden, TN. She served in many roles at the church to include the Children’s Sunday School teacher, the Church Trustee, and as the President of the Usher Board for over fifty years until God called her home.

Delia Mae loved music, good music, Good Ole Gospel music. It was not uncommon to see her move from her Usher post to join the Choir on the songs she really liked and enjoyed singing. She had her own style and way of singing songs that spoke to her soul. One of her favorite songs was “Don’t Forget the Family Prayer.” She would often sing this song to her nine children, to instill in them a love for GOD, a love for family, and a love for others.

When asked what you feel was your greatest accomplishment, she replied, “Raising my children to be good people and to treat others with respect.” When asked what words of wisdom you would give your children and grandchildren, she replied, “Do unto others as you would have them do unto you. And whatever you do, be sure to take the Lord along with you wherever you go. Don’t just have Jesus on your side, make sure you got Jesus on the inside.”

She was preceded in transition by her mother, Oanna Bomar, daughter Tina Dunlap, Brothers- Roger Bomar, Otha Bomar, and James Edward Tharpe, a sister Jessie Faye Raye, and a granddaughter- Angel Tharpe. We will cherish her life, her infectious laughter, and her enormous love.

To order memorial trees or send flowers to the family in memory of Delia Mae Tharpe, please visit our flower store.